The LIK competition in 2012 had a focus to study the unique and diverse relationship of earth and architecture, coming from UNESCO’s initiative of the UNESCO Earth Charter. The brief set a target for the students to document architecture that is constructed with the use of earth, and its implications and influences on the architecture and construction. The entries are graded on the uniqueness of the site chosen, the level and depth of the analysis and the quality of documentation and representation.

The project was done as a part of the college competition entry for the LIK Trophy hosted by NASA(National Association for Students of Architecture) India, a nation-wide student association, which conducts the competition on a national level and attempts to bring the best display of work from architecture colleges all over India. The aim of the LIK Trophy is to document and record the historically important structures for architecture in India. The project introduces the students to conservation architecture and trains they get training in documentation and analysis in the process. The work prepared was a part of the college entry and we managed to bag a Citation for this trophy and the Le Corbusier Trophy – which is given to the overall best performing college – in this particular year.

After studying the history of Earth architecture in India, several visits were performed to places exhibiting Earth architecture. The final case for documentation was chosen to be Phuktal Gonpa, after considering all options across India. The project included a visit to the precarious and remote monastery, by a team of students from the college and manually documenting and analyzing the structure. The final presentation was prepared manually, as the competition necessitates it to be done so. Our aim behind taking this particular site was to present the strong need for its restoration and maintenance, as the place suffers from public recognition and acknowledgement owing to its remote location. The unique character and nature of the place and the people lends it an even greater deal of importance as it faces extinction in the face of modern developments. We got to learn how the architecture has adapted and developed to sustain even in such remote and harsh environment and got a first hand opportunity to study and learn from the wealth of knowledge about the materials and techniques. 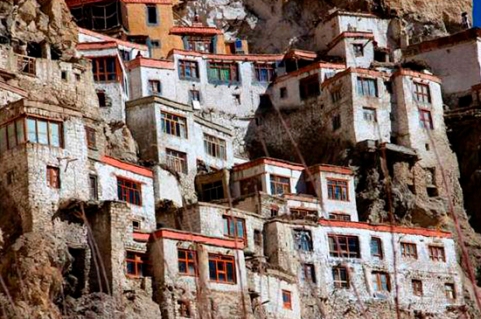 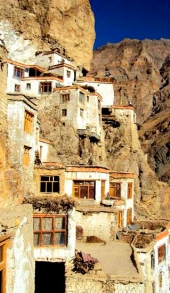 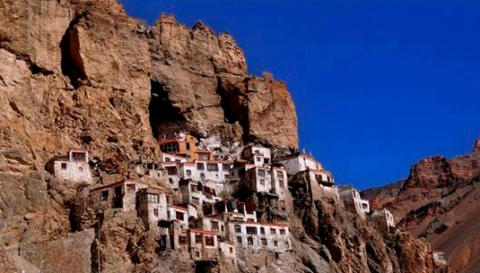 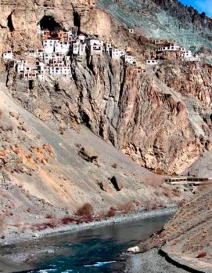 Due to certain restrictions I have not uploaded them on a public platform, but I would like to display one image to show the nature of the final work. The entire presentation included all level plans, sections, isomeric drawings, views, analysis, photographs and relevant statistics to present a case for restoration and conservation. The final presentation was in the medium of 20 A1 hand-drafted sheets, photographic panels and 1 book report. 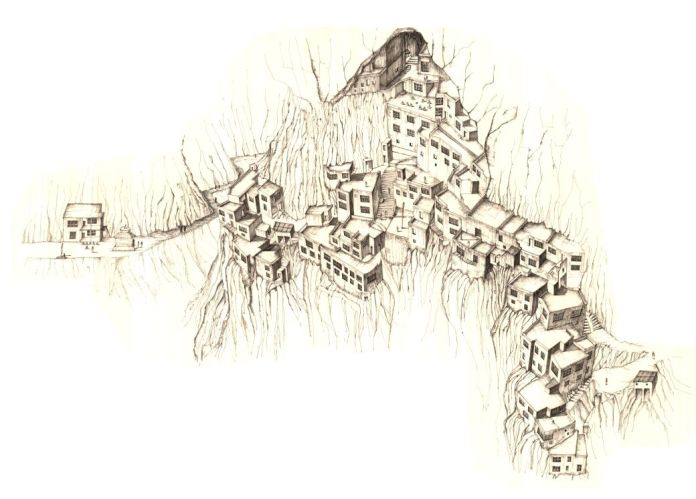 The project was headed by my colleagues Manasi Londhe and Tanuj Thomas. I assisted them in the analysis, while being the representative for the college at the national level. The project would have been far from realization had it not been for the invaluable contributions from several others in the entire team.

As a student team representing the college we received an immense support from our college professors and staff.

The documentation and analysis project credit goes to the entire team and institution, with myself being a part of the team. The innovativeness and uniqueness of the architecture of the monastery is has been awe-inspiring and the local people have been masterful at having built such a structure with basic materials.